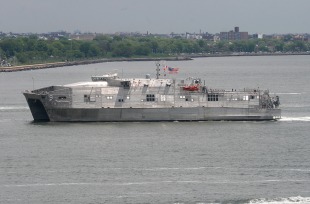 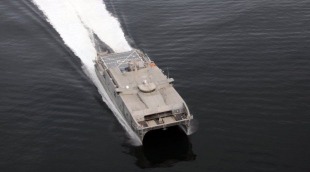 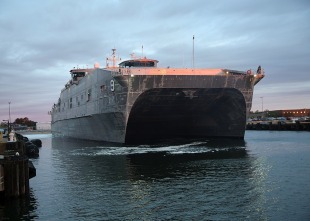 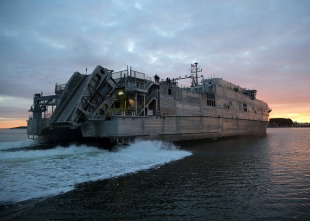 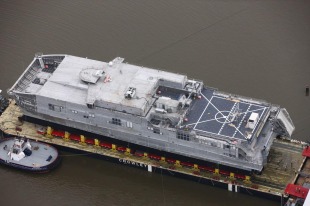 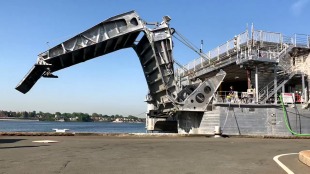 USNS City of Bismarck (T-EPF-9), (formerly JHSV-9), (ex-Sacrifice) is the ninth Spearhead-class expeditionary fast transport and operated by the Military Sealift Command. The name was originally announced as Bismarck. It is the first ship in naval service named after Bismarck, North Dakota’s capital city.

The keel was laid on 18 January 2017. Former state Attorney General, long time Bismarck resident and retired Navy officer Robert O. Wefald represented North Dakota at the keel laying ceremony. He welded his initials into a steel plate, that would be welded into the ship.

On 7 June 2017, USNS City of Bismarck was launched at Austal USA in Mobile, Alabama. The City of Bismarck completed acceptance trials on 20 October 2017 and its delivery was accepted by the U.S. Navy on 19 December 2017.