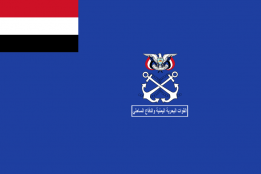 The Yemeni Navy is the maritime component of the armed forces of Yemen. Yemen's navy was created in 1990 when North and South Yemen united.

In the Hanish Islands Crisis (1998), Yemen prepared its navy for an assault on the Hanish islands and on Eritrea. Eritrea accidentally destroyed a Russian ship, thinking it was a Yemeni ship. The invasion, however, never happened since Eritrea made agreements with Yemen which involved Eritrea taking over the islands. Yemen, however, later took over Zukur-Hanish archipelago island which created further tensions with the Eritrean government but it did not lead to another war.

Yemen is currently on the look out for Somali pirates, due to Yemen's proximity to Somalia. Yemen has greatly tightened its security after attacks on Yemeni ships.

The Yemeni armed forces disintegrated in 2015, and there are no open sources as to the subsequent disposition of equipment or combat losses. 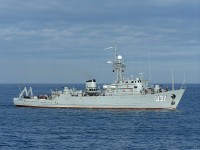