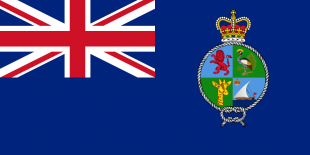 Royal East African Navy was a naval force of the former British colonies of Kenya, Tanganyika (Tanzania), Uganda and Zanzibar. Formed in 1952 to replace Royal Navy's Naval Volunteer Reserves in Zanzibar (est. 1938) and Tanganyika (1939) and was disbanded in 1962 with the independence of Tanganyika from Britain. The assets of the REAN was handed over to the East African Railways and Harbours Corporation.

The HQ for the REAN was in Mombasa, Kenya and headed by a resident officer from the Royal Navy. RN ships were reassigned to the REAN and identified as His/Her Majesty's East African Ship (HMEAS). Initially it was a 200-member force.