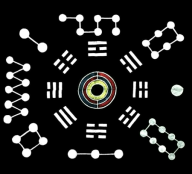 The Joseon Navy was the navy of the Korean dynasty of Joseon (1392–1897). While originally commissioned to protect merchant vessels and coastal towns from Japanese pirate raids, the Joseon navy is best known for defeating the Japanese naval forces during the Imjin War and is often credited with halting the Japanese invasion campaign and saving the dynasty from conquest.

During the Joseon Dynasty the navy and maritime operations fell into disuse, while fishing ships continued to operate and prosper. Because of the relative peace during the Joseon dynasty, the entire military itself weakened and was ignored. Also, with the policy of Korean kings that emphasized agriculture and Confucian ideals, the Korean navy along with the rest of the Korean military weakened steadily.

However, in 1419, King Sejong sent Yi Jongmu to raid the Japanese on Tsushima Island in the Oei Invasion as a response to Japanese Wokou raids on Korean coastal cities. Yi took 227 Korean ships and approximately 17,000 soldiers, landed, attacked, and plundered Japanese pirate settlements on Tsushima Island. The So clan, the ruling family of Tsushima requested negotiations. In the diplomatic exchanges that followed, Korea permitted the So clan to continue trade with Korean coastal harbors under the condition that the activities of Japanese pirates be suppressed.

Korea eventually developed strong wooden ships called panokseons that made up the backbone of the Joseon navy. In the 15th century, under the decree of King Sejong, more powerful cannons were developed and tested. Used on battleships, the cannons proved to be a great success during actions against Japanese pirate ships. Panokseons and the Korean navy were most widely used during the Japanese invasions of Korea (1592-1598), particularly under the leadership of Admiral Yi Sun-sin. Admiral Yi also developed the turtle ship, based upon an older design.The Kobukson, or Turtle Ship, was the world’s first armor plated warship.

By the end of 19th century, the Joseon Navy had no significant naval force other than coast defense fortresses. Although there was an attempt to modernize the navy by establishing a royal naval school, the Joseon Navy was brought to an end in 1895. In 1903, the government of the Korean Empire purchased its first modern war ship, the Yangmu. Korean naval tradition was disrupted after Korea was annexed by the Empire of Japan in 1910 until 1945.

Besides the turtle ship and the panokseon, the Joseon Navy used many other ships:

They also used fishing boats for reconnaissance and sometimes in battle.