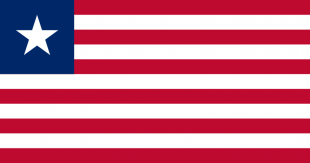 The Liberian National Coast Guard is the primary naval force of Liberia and is part of the Liberian Armed Forces. Its main duties are law enforcement along Liberia's coast and in its maritime area, and aiding those in distress.

The Liberian National Coast Guard, was established in 1959. Throughout the Tubman period the coastguard was little more than a few sometimes unserviceable patrol craft manned by ill-trained personnel, though its training improved in the 1980s to the point where it was considered the best trained of the armed services.

In 1984 the Liberian National Coast Guard contained about 450 personnel.

The Coast Guard was reactivated on the 53rd Armed Forces Day on February 11, 2010, with an initial strength of 40 personnel who had been trained in the United States. A United States Coast Guard officer is now serving at the U.S. Embassy in Monrovia supporting efforts to reestablish the Liberian Coast Guard.

A detachment from SeaBee Naval Mobile Construction Battalion 7, based at Naval Station Rota, Spain, constructed a United States Africa Command-funded boat ramp and concrete perimeter wall for the Coast Guard, which was handed over in December 2010. In February 2011, the United States turned over two donated USCG Defender class boats to the Coast Guard.