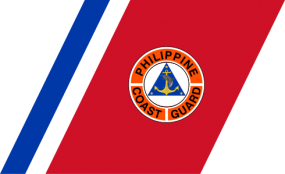 It is an agency attached to the Department of Transportation of the Philippines. It currently maintains a presence throughout the archipelago, with twelve Coast Guard Districts, fifty-four CG Stations and over one hundred ninety Coast Guard Sub-Stations, from Basco, Batanes to Bongao, Tawi-Tawi.

The Philippine Coast Guard is the oldest and only humanitarian armed service in the Philippines. Its beginnings could be traced back to the early 20th century when coast guarding was related to the protection of the customs services of the country and in patrolling the coastlines and harbors.

When the Americans came in 1898, one of the first steps that the military government undertook was the reopening of the port and customs facilities of Manila. Soon after, the civilian Insular Government, through the Philippine Commission, enacted a law on 17 October 1901 that created the Bureau of Coast Guard and Transportation, which was placed under the Department of Commerce and Police. The Captain of the Port was designated as Bureau Director.

The lighthouse service was placed under the Bureau. In 1902, the Coast Guard fleet of 15 steamers from China and Japan was established and were assigned for the lighthouse service inspection trips of top government officials, for transport to Culion Island, for patrolling against illegal entry of aliens, and for troop movement of the Philippine Constabulary.

The civilian nature of the PCG functions led to the separation of the Coast Guard from the Philippine Navy on 30 March 1998 by virtue of Executive Order 475 signed by President Fidel Ramos. It order effectively transferred the PCG from the Department of National Defense to the Office of the President, and eventually to the Department of Transportation and Communications (DOTC) on 15 April 1998 by virtue of Executive Order 477.

These executive orders provided inter alia that the PCG shall continue to the agency primarily responsible for the promotion of safety of life and property at sea and the protection of the maritime environment as mandated under the Philippine Coast Guard Law and Presidential Decrees 600, 601, 602, and 979, as a mended.

The transformation of the PCG into a non-military organization has a tremendous impact and significance. Its civilian character has allowed it to receive offers of vessels, equipment, technology, services, cooperation and other needed assistance from other countries, something which would not be readily offered to a military agency.

With enactment of Republic Act 9993, also known as the Coast Guard Law of 2009, as well as its implementing rules and regulations, the PCG has been vested with the necessary authority and responsibility to perform preventive measures in ensuring the safety of merchant vessels. The new law also strengthened PCG’s authority to meet new challenges and increasing demands for marine resources, technological advancement and climate change. Further, the law has defined the PCG’s rightful niche in the bureaucracy as the premier maritime agency and its vital role in nation building.