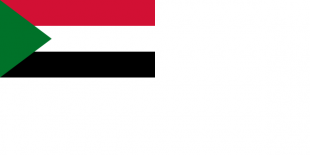 Sudanese navy was established in 1962 to operate on the Red Sea coast and the River Nile. In 1999, estimated naval strength was 1,300 officers and men. Reported bases were at Port Sudan and Flamingo Bay on the Red Sea and at Khartoum. The navy had two 70-ton, 75-foot, Kadir-class coastal patrol craft (Kadir (129) and Karari (130)), both transferred from Iran to Sudan in 1975, as well as sixteen inshore patrol craft and two supply ships.

The navy, according to 2004 estimates from the International Institute for Strategic Studies, now has 1,800 personnel, and a base at Marsa Gwayawi on the Red Sea.