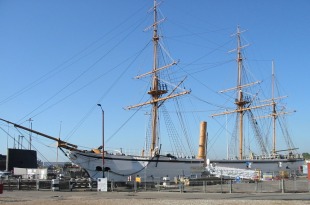 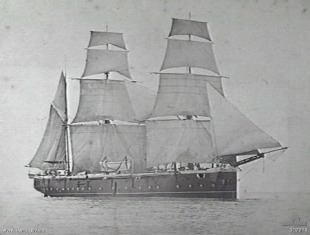 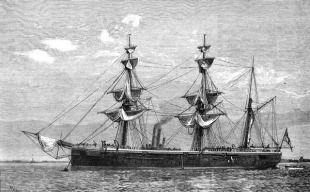 The Doterel class was a Royal Navy class of screw-driven sloops. They were of composite construction, with wooden hulls over an iron frame. They were a revised version of an 1874 design by the Royal Navy's Chief Constructor, William Henry White, the Osprey-class sloop. Two of the class were lost, one to an explosion off Chile and one wrecked off Canada. Gannet is preserved at Chatham Historic Dockyard.

The Nathaniel Barnaby design was a development of William Henry White's 1874 Osprey-class sloop. The graceful clipper bow of the Opsreys was replaced by a vertical stem and the engines were more powerful. They were of composite construction, with wooden hulls over an iron frame.

All the ships of the class were provided with a barque rig, that is, square-rigged foremast and mainmast, and fore-and aft sails only on the mizzen mast.