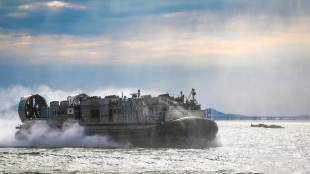 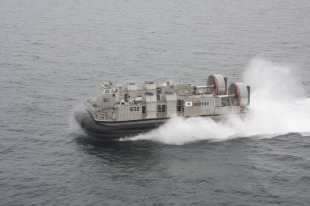 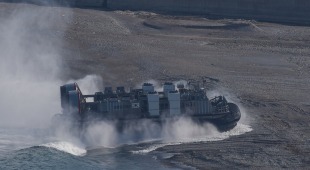 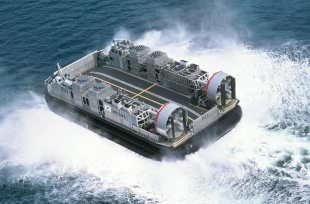 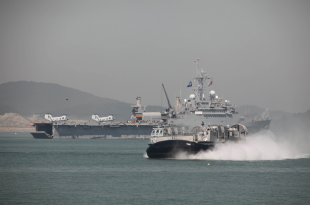 The Solgae-class LCAC, often called Solgae 631 class because of the name of lead ship, is an air-cushioned landing craft (LCAC) designed for the Republic of Korea Navy, by Hanjin Heavy Industries, to operate from ROKS Dokdo and ROKS Marado and future Dokdo-class amphibious assault ships. This project during development that known as the LSF-II or Landing Ship Fast — II. The craft can carry a maximum load of 55 tons, land on hostile beaches doing 40 knots, and it can climb at up to 6 degrees. They have 20 mm cannons for self defense. The crew cockpit carry three crew and a landing-force commander. The LCAC can also carry, in addition to troops, a main battle tank or two amphibious assault vehicles. So far three of these units have been delivered, and more are likely to be ordered. It has been offered for export to foreign navies.