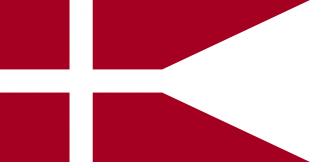 The Royal Danish Navy is the sea-based branch of the Danish Defence force. The RDN is mainly responsible for maritime defence and maintaining the sovereignty of Danish, Greenlandic and Faroese territorial waters. Other tasks include surveillance, search and rescue, icebreaking, oil spill recovery and prevention as well as contributions to international tasks and forces.

During the period 1509–1814, when Denmark was in a union with Norway, the Danish Navy was part of the Dano-Norwegian Navy. Until the copenhagenization of the navy in 1807, the navy was a major strategic influence in the European geographical area, but since then its size and influence has drastically declined with a change in government policy. Despite this, the navy is now equipped with a number of large state-of-the-art vessels commissioned since the end of the Cold War. This can be explained by its strategic location as the NATO member controlling access to the Baltic.

Danish Navy ships carry the prefix KDM (Kongelige Danske Marine) in Danish, but this is translated to HDMS (Her / His Danish Majesty's Ship) in English. Denmark is one of several NATO member states whose navies do not deploy submarines.