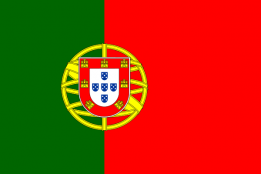 On the 12 December 2017, the Portuguese Navy commemorated the 700th anniversary of its official creation by King Denis of Portugal. Tracing its origins back to the 12th century, it is one of the oldest continuously serving navies in the world.

The Navy played a key role at the beginning and during the great voyages of the Age of Discoveries in the 15th and 16th centuries. The resulting of this technical and scientific discoveries led Portugal to develop advanced ships, including the caravel, new and more sophisticated types of carracks for interoceanic travel and the oceanic galleon, and to find the sea route to the East and routes to South America and Northern North America.

Bartolomeu Dias rounded the southern tip of Africa and Vasco da Gama reached India, linking Europe and Asia for the first time by ocean route, as well as the Atlantic and the Indian oceans. This led to the discovery of Brazil in the first expeditions that linked Europe, Africa, the New World, and Asia on a single voyage, such as the expedition of Pedro Álvares Cabral, and through the skills and experience of their navigators in the Atlantic, the Indian ocean, and in the Far East, also contributed to the technical and geographical advance of other European navies, such as the first circumnavigation by Ferdinand Magellan (including, in the expedition, other captains, sailors and pilots), sailing across the Atlantic and the Pacific Ocean.

For the most of the 16th century, the Portuguese India Armadas and fleets, then the world leader navy of shipbuilding and naval artillery, dominated most of the Atlantic Ocean south of the Canary Islands, the Indian Ocean and the access to the western Pacific.

Today, the Portuguese Navy assumes a dual role capacity: Naval combat missions to assure Portugal's sovereignty and international commitments, and coast guard operations in its territorial waters and areas of influence. The Portuguese Navy also participates in missions related with international commitments assumed by Portugal (mainly within NATO), as well as missions of civil interest.