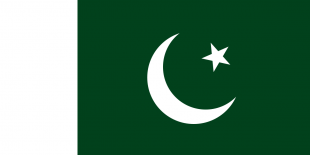 The Pakistan Navy (reporting name: PN) is the naval warfare branch of the Pakistan Armed Forces, responsible for Pakistan's 1,046 kilometres (650 mi) of coastline along the Arabian Sea, and the defence of important civilian harbours and military bases. The Pakistan Navy came into the existence after the independence of Pakistan in 1947. The President of Pakistan serves as the Supreme Commander of the Navy under Article 243 (2) of the Constitution of Pakistan, and the Chief of Naval Staff heads the Navy. Navy Day is celebrated on 8 September in commemoration of the Indo-Pakistani War of 1965.

The Pakistan Navy's current and primary role is to protect the country's economic and military interests at home and abroad, executing the foreign and defence policies of the Government of Pakistan through the exercise of military effect, diplomatic activities and other activities in support of these objectives. In the 21st century, the Pakistan Navy also focuses on limited overseas operations, and has played a vital role in the establishment of the Pakistan Antarctic Programme.

The Navy is undergoing extensive modernisation and expansion as part of Pakistan's role in the War on Terror. Since 2001, the Pakistan Navy has increased and expanded its operational scope, and has been given greater national and international responsibility in countering the threat of sea-based global terrorism, drug smuggling, and piracy. In 2004, Pakistan Navy became a member of the primarily NATO Combined Task Forces CTF-150 and CTF-151. The China-Pakistan Economic Corridor has significantly expanded the role of the navy, joint patrols with the Chinese navy as well as providing land and sea-based security to secure shipping lanes has become a priority. From December 2016 Pakistan's Navy established TF-88 a taskforce that is designed to ensure there is security for maritime trade, this will guard the shipping lane routes by protecting Gwadar Port. The Pakistan Navy is the custodian of Pakistan's second strike capability with the launch of the submarine-based cruise missiles capable of carrying conventional as well as nuclear warheads. 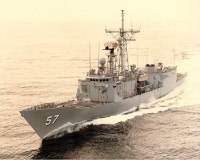