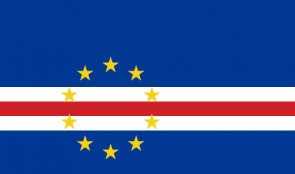 Before 1975, Cape Verde was an overseas province of Portugal, having a small Portuguese military garrison that included both Cape Verdean and European Portuguese soldiers.

In the early 1990s, the designation «FARP» was dropped and the military of Cape Verde started to be designated the Cape Verdean Armed Forces (Forças Armadas Cabo Verdeanas, FACV).

In 2007, the FACV started a major reorganization that included the transformation of the Army into the National Guard (Guarda Nacional).

The Coast Guard (Guarda Costeira) is the branch of the Cape Verdean Armed Forces responsible for the defense and protection of the country's economical interests at the sea under national jurisdiction and for providing air and naval support to land and amphibious operations. It includes:

The Coast Guard is headed by an officer with the rank of Lieutenant-Colonel. The Naval and Air Squadrons incorporate, respectively, all the vessels and aircraft of the Cape Verdean Armed Forces.