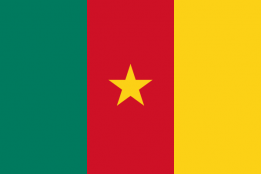 Cameroon's Marine Nationale République modernised and increased its capabilities during 2000 with the acquisition of a number of small Rodman patrol craft and the retirement of some small older craft. A number of small patrol boats have been acquired or ordered from France. Latest estimates indicate naval strength consists of two combat patrol vessels, three coastal patrol vessels and approximately 30 smaller inshore and river patrol craft allocated to both the navy and the local gendarmerie. These include two 135 tonne Yunnan-class landing craft, which are able to carry and launch smaller craft for troop insertions. Some effort has been made to assess equipment needs to bring L'Audacieux P103 and Bakassi P104 to an effective combat status. This has resulted in weapons capabilities being reduced in favour of an increase in serviceability and the service is now effectively without missile attack capabilities. Bakassi (a Type P 48S missile patrol craft) completed a major refit at Lorient, France in August 1999. This included removing the Exocet missile system and EW equipment, and fitting a funnel aft of the mainmast to replace the waterline exhausts. New radars were also installed. Bakassi is now armed only with 40 mm cannon. Although the Bizerte (P48 large patrol craft) class L'Audacieux is fitted for SS-12M missiles these are not embarked and its operational status is in some doubt, having not been reported at sea since 1995. The Quartier-Maître Alfred Moto patrol boat was listed as out of service in 1991 but has since been reactivated.