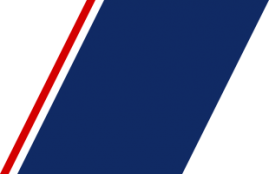 Air and Marine Operations (AMO) is a federal law enforcement agency within U.S. Customs and Border Protection (CBP), a component of the Department of Homeland Security (DHS). AMO is the world's largest civilian aviation and maritime law enforcement organization. Its mission is to protect the American people and nation’s critical infrastructure through the coordinated use of air and marine assets to detect, interdict and prevent acts of terrorism and the unlawful movement of people, illegal drugs, and other contraband toward or across the borders of the United States. Air and Marine Operations Agents and Officers are endowed with the authority to enforce Title 8 (Aliens and Nationality) and Title 19 (Customs) of the United States Code in addition to the general law enforcement powers bestowed upon federal law enforcement agents.

This specialized law enforcement capability allows AMO to make significant contributions to the efforts of the Department of Homeland Security, as well as to those of other federal, state, local, and tribal agencies. AMO is uniquely positioned to provide direct air and maritime support to multiple agencies and to ensure the success of border protection and law enforcement operations between ports of entry, within the maritime domain and within the nation’s interior. To accomplish its mission, AMO employs over 1,200 Federal Agents and Officers at 70 locations, operating more than 260 aircraft of 26 different types, and approximately 300 maritime boats. It is one of the major operational components within U.S. Customs and Border Protection, along with the Office of Field Operations (OFO) and United States Border Patrol (USBP).