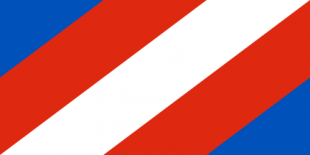 The Marine Region is a branch of the Hong Kong Police Force, more widely known as the Marine Police. The marine police patrol 1,651 km2 (637 sq mi) of waters within the territory of Hong Kong, including 263 islands. The Marine Region with about 3,000 officers, and a fleet of 142 in total, made up of 70 launches and 72 craft is the largest of any civil police force. In addition to normal marine policing functions, the marine police are also responsible for countering illegal immigration and smuggling at sea.

To undertake this work, the Marine Region additionally mount shore patrol to police the smaller islands and isolated communities with no land transport to other parts of the territory, and participate in the Hong Kong Maritime Rescue Co-ordination Centre, which is responsible for co-ordinating maritime rescue operations both within and outside Hong Kong waters. The region's headquarters are located at Sai Wan Ho.

Since 2007, the Marine Region has developed a new, two-part operational strategy called Versatile Maritime Policing Response (VMPR) which has come into operation in phases, providing an improved police service at reduced cost with an enhanced Command and Control System and faster craft offering a more flexible policing response.