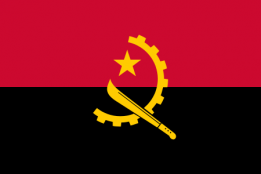 The Angolan Navy (Portuguese: Marinha de Guerra Angolana) or MGA is the naval branch of the Angolan Armed Forces and is tasked with protecting Angola’s 1,600 km long coastline. The Angolan Navy has approximately 1,000 personnel.

Maritime Squadron of the Armed Forces of Malta