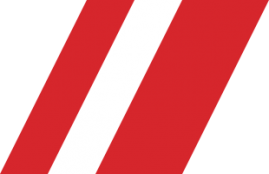 The Indonesian Maritime Security Agency (Indonesian: Badan Keamanan Laut Republik Indonesia – BAKAMLA) is a maritime patrol and rescue on the Republic of Indonesia territorial water. BAKAMLA is a non-ministerial government institution which reports directly to the President through Coordinating Ministry for Political, Legal, and Security Affairs. BAKAMLA's duty is to conduct security and safety patrols in the territorial waters of Indonesia and the jurisdiction of Indonesia. Previously BAKAMLA was a non-structural institution called the Coordinating Agency for the Security of the Republic of Indonesia (Indonesian: Badan Koordinasi Keamanan Laut Republik Indonesia – Bakorkamla). The agency is not part or associated with the Indonesian National Armed Forces, although its top-ranking leadership are handpicked from the Indonesian Navy. BAKAMLA and the Indonesian Navy, however, often conduct exercises and joint-operation together. While during search-and-rescue operations, BAKAMLA also conduct joint-operations with the National Search and Rescue Agency.

BAKAMLA is not associated with the Indonesia Sea and Coast Guard (Indonesian: Kesatuan Penjagaan Laut dan Pantai Indonesia — KPLP). While the former is under the jurisdiction of the Coordinating Ministry for Political, Legal, and Security Affairs, the latter is under the jurisdiction of the Ministry of Transportation. Both of them however has similar roles and functions.