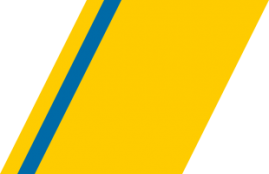 The Swedish Coast Guard is a Swedish civilian government agency tasked with:

The Swedish Coast Guard carries out some of its surveillance by air (from its base at Skavsta Airport south-west of Stockholm), and in the winter-time by hovercraft on the ice-covered waters of the Bothnian Bay from its Luleå station. The Coast Guard also has regular maritime duties in Vänern, Europe's third largest lake, operating out of Vänersborg.

The Coast Guard currently has 22 surveillance craft which are used mainly for patrolling with some also given oil spill response capacity.

The Coast Guard hoperates five hovercraft mainly in northern Sweden where they can easily travel over both ice, water and land. KBV 593 based in Luleå, KBV 592 based in Umeå, KBV 591 based in Örnsköldsvik, KBV 594 KBV based in Vaxholm, and 595.

The Coast Guard maintains one large barge, KBV 866 in Härnösand, used for the storage of the absorbed oil.

The Coast Guard currently has over 100 boats. Some boats are used as a complement to larger ships, while others operate as separate entities. The boats are divided into four groups: High Speed/Go Fast, rib-boats, dinghies and work boats.