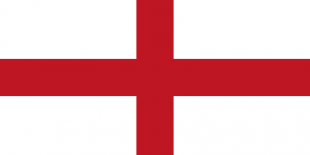 The Genoese Navy (Italian: Marineria Genovese), also known as the Genoese Fleet, was the naval contingent of the Republic of Genoa's military. From the 11th century onward the Genoese navy protected the interests of the republic and projected its power throughout the Mediterranean Sea. The navy declined in power after the 16th century, periodically coming under the control of foreign powers, and was finally disbanded following the annexation of Genoa by the Kingdom of Sardinia-Piedmont in 1815.

The Genoese navy was divided between a public fleet and a private fleet. The public fleet was directly funded by the city's government, and its ships were built at the expense of the state. These ships were used in major battles and to defend the harbor of Genoa itself. The private fleet was much larger than the public fleet, and was made up from ships belonging to the various merchant families that dominated Genoese politics. Both fleets were under the command of the office of the High Admiral, who was appointed by the ruler (either the doge, council, or duke depending on the era) of Genoa.

The galley was the primary ship used by the Genoese Navy. These ships possessed an advantage in terms of maneuverability when compared to purely sailing vessels, and their design allowed them to be produced relatively quickly. Genoese galleys were lighter and longer (45 meters long as opposed to the Mediterranean standard of 40-42 meters) than contemporary Venetian and Ottoman galleys, though this speed came at the cost of durability and maneuverability. Genoese galleys were also noted to have larger holds than the galleys of other naval powers; this extra space allowed Genoese galleys to carry more provisions, cargo, or soldiers. Genoa fielded two types of galleys; smaller and faster ones that were used to protect trade in times of peace, and heavier dromon-style galleys built for battle and garrison duty. The lighter galleys (many of which were classified as galiots) were more numerous, while the heavy galleys were usually only put to sea (or constructed, if the fleet was undersized) during times of war. The fleet also made extensive use of Brigantines and Feluccas, small sailing ships which acted as scouts and raiders when the republic's galleys were unable to operate effectively. In addition to galleys and light sailing ships, Genoa refitted merchant ships for combat roles during wartime. As naval technology progressed, the navy began to incorporate galleons and man-o-war into the fleet, though never on the same scale as the galley.

Genoese sailors were recruited from the city's populace or from the colonies. Many only served part time in the military, instead being professional merchant sailors, fishermen, or mercenaries. The republic also crewed many of its galleys with criminals, prisoners of war, and slaves. Conditions for sailors (both free and enslaved) were challenging, with disease being a constant issue. The navy encouraged captains to keep their crew alive by issuing heavy fines to those who lost too many men. The republic mandated that every galley in service be crewed with a barber — who also served as a surgeon — in order to maintain a standard of hygiene aboard the ship.

looking to provide its sailors with durable clothing that could be worn wet or dry, the navy began in the 15th century to equip sailors with Genoese-produced denim jeans, and in doing so became one of the driving forces behind the adoption of the clothing. Genoese sailors and marines were armed with boarding swords and bucklers or with crossbows and muskets. In the 16th century the Genoese marines were protected by iron or steel Cuirasses and wore Morions.