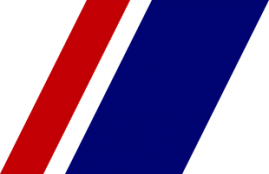 The Sri Lanka Coast Guard is a Sri Lankan non-ministerial government department tasked with coast guard duties within the territorial waters of Sri Lanka. It comes under the purview of the Ministry of Defence and is staffed by civilian personnel. The current Director General of the SLCG is Rear Admiral Samantha Wimalathunga.

Initially established in the late 1990s, the department was disbanded in 2002, with responsibilities passing to the Coast Conservation Department. The department in its current form was reestablished through the Department of Coast Guard Act, No. 41 of 2009 and inaugurated on 4 March 2010. It is a non-military law enforcement agency at sea, with every officer regarded as a peace officer for the purposes of the Code of Criminal Procedure Act, No. 15 of 1979. The department has legal authority to search and arrest ships, craft and personnel engaged in illegal activity in maritime zones and the territorial waters of Sri Lanka, and to initiate legal proceedings against offenders.