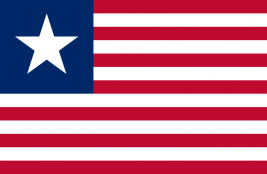 The Texas Navy (1835–1846) was the official navy of the Republic of Texas. It was created to protect and defend the coastline of Texas and offer protection for the shipping and trade that was desperately needed for the growing republic.

During the Texas Revolution, the provisional government in San Felipe de Austin issued an ordinance in November 1835 to establish an official navy. In January 1836, agents purchased four schooners: Invincible, Brutus, Independence, and Liberty. According to Teddy Roosevelt, the Texas Navy succeeded in preventing reinforcements and provisions at their naval base at Matamoros from reaching General Santa Anna's forces then occupying Texas. This forced Santa Anna to disperse his large army, to forage for food and supplies. This dispersal of able men along with an unpreparedness during the time of the rebel attack at the Battle of San Jacinto ultimately led to the Mexican defeat at the hands of the still outnumbered Texians.

By October 1837, all of the ships had been lost at sea, sunk by the Mexican Navy, run aground, captured, or sold, and replacements were being procured.

In 1839, in response to Mexico's continued refusal to acknowledge the independence of the Republic of Texas, the Texas Congress acquired six new vessels and placed them under the command of Commodore Edwin Moore, a lieutenant in the United States Navy, who left for the opportunity to lead the Texas Navy. The six vessels were known as the second Texas Navy. For three years the Texas Navy raided the Mexican coast and kept the Mexican fleet focused on defending its own coastline. In the Naval Battle of Campeche on May 16 1843 the Texas Navy sloop-of-war Austin and brig Wharton, supported by ships from the rebellious Mexican State of Yucatan (then the Republic of Yucatán), engaged Mexican naval vessels, including the steamships Montezuma and Guadalupe. This battle is believed to be unique, marking the only occasion in which a sailing warship engaged and fought a war steamer to a draw. The battle, which raged over several days, was a tactical draw, but a strategic victory for the Texan Navy, which forced the Mexicans to lift their blockade of Campeche and assured security in the meantime for the rebels in Yucatan. Other ships of the Texas Navy at the time included the brigs Potomac and Archer, the schooners San Jacinto, San Antonio and the San Bernard, and the Zavala, the first steamship-of-war in North America.