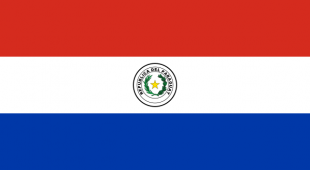 Although Paraguay is a landlocked country, it has a strong naval tradition by virtue of the fact that it has access to the Atlantic Ocean through the Paraguay–Paraná rivers. The Paraguayan Navy has twelve bases. The main base is the Puerto Sajonia in Asuncion, followed by Bahia Negra, Ciudad del Este, Encarnacion, Salto del Guaira. It also has facilities in Puerto Sajonia for helicopters and airplanes in SGAS. Naval personnel including Marine Corps aviation personnel, and the naval inward waters prefecture equal about 8,950. The Marine Corps have 800 marines, of which 400 are assigned to one commando unit with the rest being organized into a single battalion consisting of three companies.