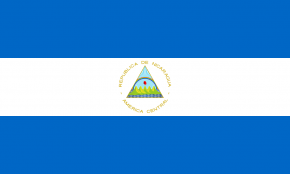 The Nicaraguan Navy of Somoza's National Guard consisted of a few old patrol boats in the early 1980s. The Sandinistas acquired more modern vessels, although none were larger than fifty tons.

The navy's mission was to discourage seaborne Contra attacks and to deter CIA-run operations such as the destruction of diesel storage facilities at Corinto in 1983 and the mining of Nicaraguan harbors in 1984. The Sandinista navy (Marina de Guerra Sandinista--MGS), which had reached a peak strength of 3,000 personnel in 1990, suffered a sweeping reduction to 800 by 1993.

The commander of the navy was a Sandinista Popular Army (Ejército Popular Sandinista--EPS) officer with the rank of major. The principal bases of the MGS are at the ports of Corinto on the Pacific and Puerto Cabezas on the Caribbean. Other installations are at El Bluff near Bluefields and San Juan del Sur on the Pacific.

The Sandinistas had acquired eight Soviet Yevgenya class minesweepers, of which seven remained in 1993. Three Soviet Zhuk-class patrol boats were believed to be seaworthy, out of seven that remained at the end of 1990. Also believed to be operational are three North Korean fast patrol boats as well as two Vedette-type boats built in France and armed with Soviet 14.5mm machine guns.