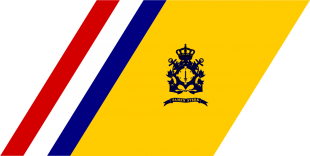 DCCG is a partnership between Aruba, Sint Maarten, Curaçao, and the Netherlands. The staff of the Coast Guard is composed of all constituent countries. DCCG is a Kingdom organization directly under the State Council of Ministers of the Kingdom. The Commander of the Naval Forces of the Royal Netherlands Navy in the Caribbean (CZMCARIB) is also the commander of DCCG.

DCCG has three Coast Guard support centers: on Aruba, Curaçao and Sint Maarten. From here, the Coast Guard patrol boats patrol in the waters around the islands. The flying units of the Coast Guard are stationed at Coast Guard Air Station Hato, Curaçao. The Coast Guard Center / RCC itself is located in Curaçao, at the Parera naval base.

DCCG has its own units and also makes use of defense resources (mainly from the RNLN, a ship and staff). DCCG has several private owned types of patrol boats, cutters and aircraft.

The West Indies Guard Ship (WIGS) is a ship of the Royal Netherlands Navy that rotates about every six months. It is usually a frigate but it can also be another naval vessel. This vessel usually carries a NHIndustries NH90 helicopter for search and rescue tasks and pursuit of suspect vessels.

A special boarding team from the U.S. Coast Guard can be embarked on board the WIGS, authorized to carry out boardings beyond the territorial waters of the Dutch Caribbean islands. This cooperation between Aruba, Curaçao, the Netherlands, Sint Maarten, the United States, and other actors is formalized in the Joint Interagency Task Force South, situated in Key West, Florida, United States.

DCCG has approximately 160 personnel. Of these, 140 come from Aruba, Curaçao, and Sint Maarten, and 20 from the Royal Netherlands Navy. These 160 consist mostly of personnel actually deployed to carry out operations and the occupation of the Coast Guard bases. In addition, there are about 15 employees who staff the Operations Center / RCC 24 hours a day.