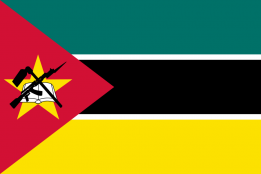 In September 2004 it was reported that the South African Navy was to donate two of its Namacurra class harbour patrol boat to the Mozambique Navy. The boats were refitted by the naval dockyard at Simon's Town and equipped with outboard motors and navigation equipment donated by the French Navy. The French Navy Durance class command and replenishment oiler Marne (A360) was to deliver the boats to Maputo en route to its ALINDIEN operational area in the Indian Ocean after a refit in Cape Town.

In 2013, the French shipyard CMN Group confirmed a major order by Mozambique, including 6 patrol vessels & interceptors.