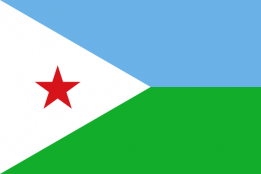 The Djiboutian Navy is the naval service branch of the Djibouti Armed Forces. It is responsible for securing Djibouti's territorial waters and 314 km seaboard as well as supporting army operations. The navy has bases in Djibouti City, Obock and Tadjoura. It has a fleet of gunboats, which can be deployed to along Djibouti's coastline as well as to protect tankers passing through the Bab-el-Mandeb. The navy was built and structured with assistance from the United States since the end of the Cold War, but has also relied on other sources for equipment in some areas. Djiboutian forces are an important player in the Bab-el-Mandeb.