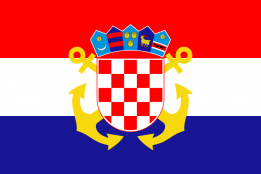 The Croatian Navy (Croatian: Hrvatska ratna mornarica or HRM) is a branch of the Croatian Armed Forces. It was formed in 1991 from what Croatian forces managed to capture from the Yugoslav Navy during the Breakup of Yugoslavia and Croatian War of Independence. In addition to mobile coastal missile launchers, today it operates 29 vessels, divided into the Navy Flotilla for traditional naval duties, and the Croatian Coast Guard. Five missile boats form Croatian fleet's main offensive capability.

The following commands were created to carry out the mission of the Croatian Navy: Navy Staff, Navy Flotilla, Coast guard, Sea Surveillance Battalion and Split naval base. 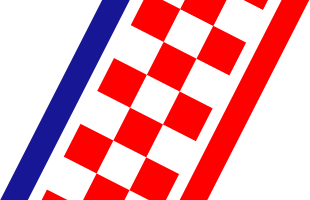