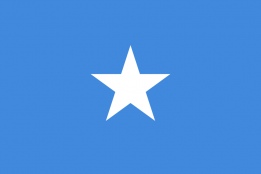 In June 2009, the Somali navy was re-established with a new commander appointed: Admiral Farah Omar Ahmed. Up to 500 marines were training in Mogadishu, with their training expected to finish in December 2009. They were reported as the first batch of a 5000 strong navy force. In addition, a visiting Somali delegation to Turkey in 2011 tabled a request for two search-and-rescue ships and six coast guard boats. Worth some 250 million euros, it is intended to turn the new Somali navy into a stronger naval force capable of curbing piracy and protecting its coastline. It is said by Admiral Omar that the recruits are being paid $60 per month.

In August 2011 a Transitional Federal Government-Puntland cooperative agreement called for the creation of a Somali Marine Force.

On June 30, 2012, UAE Minister of State for Foreign Affairs Anwar Mohammed Gargash announced that his administration would contribute $1 million toward enhancing Somalia's naval security capacity. The funds would enable the Somali authorities in collaboration with international partners to acquire the boats, equipment and communication gear necessary for the rebuilding of the coast guard. A central operations naval command was also slated to be set up in Mogadishu.