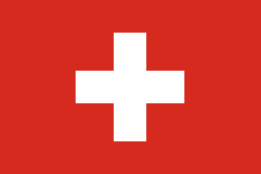 Several sizeable lakes which lie across international borders of Switzerland are patrolled by a flotilla of military patrol boats. This maritime branch of the Army not only maintains the patrols but also serve in a search-and-rescue role.

During the Second World War, Switzerland fielded the Type 41 class of patrol boats, armed with an anti-tank gun (later replaced by 20mm auto-cannons) and dual machine guns. Nine units were commissioned between 1941 and 1944. These boats were upgraded in 1964, notably receiving radars, radios and modern armament, and were kept in service into the 1980s, the last being decommissioned in late 1983.

The contemporary force utilises the Aquarius-class (Patrouillenboot 80) riverine patrol boats, which are operated by Motorboat Company 10 of the Corps of Engineers and which patrol lakes Geneva, Lucerne, Lugano, Maggiore and Constance.