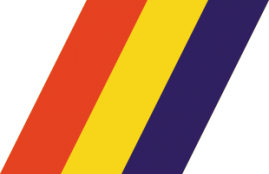 The Korea Coast Guard (KCG) is a sub-agency responsible for maritime safety and control off the coast. The previous KCG is an external branch of Ministry of Maritime Affairs and Fisheries

The Coast Guard Authority was formed on 23 December 1953 in Busan, at the same time a Maritime Police Unit was also established as part of the National Police Agency. In October 1962, new bases were established in Incheon, Yeosu, Pohang, and Kunsan. In February 1963, the aviation unit of the KCG closed, though it reopened in the 80's. From 1980 onwards, the KCG greatly expanded its fleet, and in August 1991, the Police Unit was renamed the Korea National Maritime Police Agency. In 2007 the Korea National Maritime Police Agency was integrated into the Coast Guard. In the early 21st century, the fleet expanded to include various vessels of over 3,000 tons, and as of January 2002, the 'Korean Coast Guard Special Operation Unit' was officially formed. In the May 2008, the «Search & Rescue Maintenance Unit» was newly constructed, and as of late 2008, various sub-agencies changed infrastructural composition. Before its disestablishment the Korean Coast Guard had planned to field more vessels over 5000 tons by 2015, and to significantly expand its asymmetric warfare force through encouraging participation from other police branches.

On May 18, 2014, President Park Geun-hye announced South Korea's «plans to break up its coastguard» after failing to respond well during the MV Sewol ferry disaster. According to Park, «investigation and information roles would be transferred to the South Korea National Police while the rescue and salvage operation and ocean security roles would be transferred to the Department for National Safety, not to be confused with the Korean Ministry of Security and Public Administration, which will be newly established».