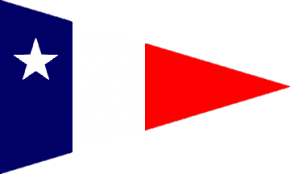 The United States Life-Saving Service was a United States government agency that grew out of private and local humanitarian efforts to save the lives of shipwrecked mariners and passengers. It began in 1848 and ultimately merged with the Revenue Cutter Service to form the United States Coast Guard in 1915.

The concept of assistance to shipwrecked mariners from shore based stations began with volunteer lifesaving services, spearheaded by the Massachusetts Humane Society. It was recognized that only small boats stood a chance in assisting those close to the beach. A sailing ship trying to help near to the shore stood a good chance of also running aground, especially if there were heavy onshore winds. The Massachusetts Humane Society founded the first lifeboat station at Cohasset, Massachusetts. The stations were small shed-like structures, holding rescue equipment that was to be used by volunteers in case of a wreck. The stations, however, were only near the approaches to busy ports and, thus, large gaps of coastline remained without lifesaving equipment.

Formal federal government involvement in the life saving business began on August 14, 1848 with the signing of the Newell Act, which was named for its chief advocate, New Jersey Representative William A. Newell. Under this act, the United States Congress appropriated $10,000 to establish unmanned life saving stations along the New Jersey coast south of New York Harbor and to provide «surf boat, rockets, carronades and other necessary apparatus for the better preservation of life and property from shipwreck on the coast of New Jersey… .» That same year the Massachusetts Humane Society also received funds from Congress for life saving stations on the Massachusetts coastline. Between 1848 and 1854 other stations were built and loosely managed.

In September 1854, a Category 4 hurricane, the Great Carolina Hurricane of 1854, swept through the East Coast of the United States, causing the deaths of many sailors. This storm highlighted the poor condition of the equipment in the life saving stations, the poor training of the crews and the need for more stations. Additional funds were appropriated by Congress, including funds to employ a full-time keeper at each station and two superintendents.

Still not officially recognized as a service, the system of stations languished until 1871 when Sumner Increase Kimball was appointed chief of the Treasury Department's Revenue Marine Division. One of his first acts was to send Captain John Faunce of the Revenue Marine Service on an inspection tour of the life saving stations. Captain Faunce's report noted that «apparatus was rusty for want of care and some of it ruined.»

Kimball convinced Congress to appropriate $200,000 to operate the stations and to allow the Secretary of the Treasury to employ full-time crews for the stations. Kimball instituted six-man boat crews at all stations, built new stations, and drew up regulations with standards of performance for crew members.

By 1874, stations were added along the coast of Maine, Cape Cod, the Outer Banks of North Carolina, and Port Aransas, Texas. The next year, more stations were added to serve the Great Lakes and the Houses of Refuge in Florida. In 1878, the network of life saving stations were formally organized as a separate agency of the United States Department of the Treasury, called the Live-Saving Service.

On January 28, 1915, President Woodrow Wilson signed the «Act to Create the Coast Guard,» merging the Life-Saving Service with the Revenue Cutter Service to create the United States Coast Guard. By the time the act was signed there was a network of more than 270 stations covering the Atlantic Ocean, Pacific Ocean, and Gulf of Mexico Coasts, and the Great Lakes.