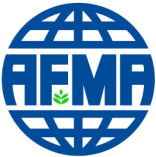 The Australian Fisheries Management Authority manages Commonwealth fisheries that are typically within the 200-nautical-mile (370 km) Australian Fishing Zone, on the high seas, and, in some cases, by agreement with other Australian States.

The agency is also responsible for combating illegal fishing in Australia's Exclusive Economic Zone including the waters between Australia and Indonesia and in the Southern Ocean and the Australian territories of Ashmore and Cartier Islands and Heard Island and McDonald Islands. This activity is conducted with the assistance of the Australian Customs and Border Protection Service and the Australian Navy.