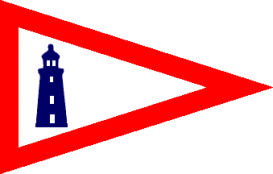 In 1789, the United States Lighthouse Establishment (USLHE) was created and operated under the Department of the Treasury. All U.S. lighthouse ownership was transferred to the government which became the general lighthouse authority (GLA). In 1792, the Cape Henry Lighthouse was the first lighthouse built by the USLHE. In 1822, French physicist, Augustin Fresnel designed the Fresnel lens. In 1841 the Fresnel lens was first used in the United States and installed on the Navesink Lighthouse. In 1852, The Lighthouse Board was created. In 1871, the Duxbury Pier Light became the first caisson lighthouse built in the United States. In 1877, kerosene became the primary fuel for lighthouses. Prior to this varies fuels included sperm oil, Colza oil, rapeseed oil, and lard oil. In 1884, uniforms came into use by all members of the Lighthouse Board. In 1886, the Statue of Liberty was the first lighthouse to use electricity. In 1898, all coastal lighthouses were extinguished, for the first time in U.S. history, as a precaution during the Spanish–American War. In 1904, the Lightship Nantucket became first U.S. vessel to have radio communication. In 1910, the Bureau of Lighthouses was created and operated as the United States Lighthouse Service (USLHS).

On 1 July 1939, the Service merged with the United States Coast Guard, which has since taken over the maintenance and operation of all U.S. lighthouses and lightships.