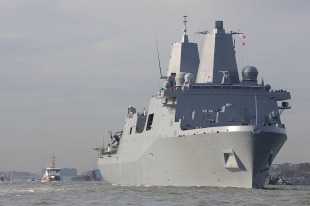 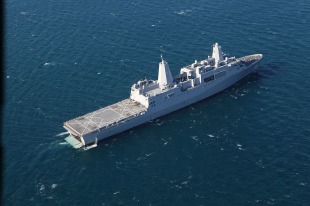 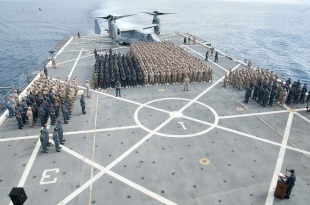 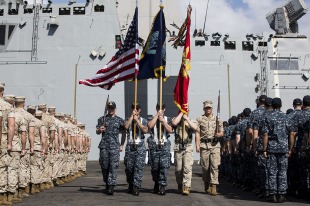 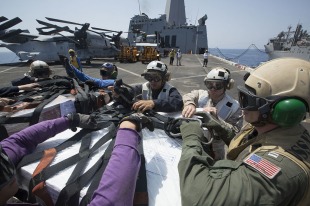 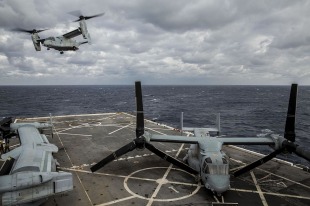 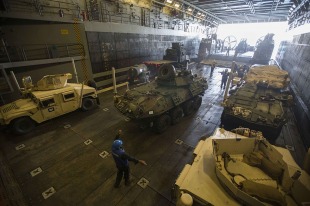 USS New York (LPD-21), the fifth San Antonio-class amphibious transport dock, is the fifth ship of the United States Navy to be named after the state of New York. New York has a crew of 360 and can carry up to 700 Marines. A symbolic amount of steel salvaged from the World Trade Center after it was destroyed in the September 11 attacks was used in her construction.