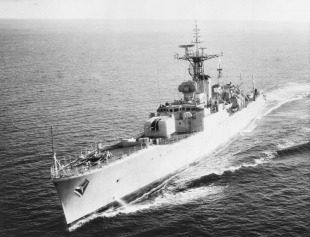 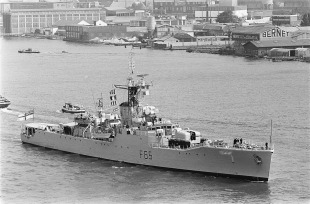 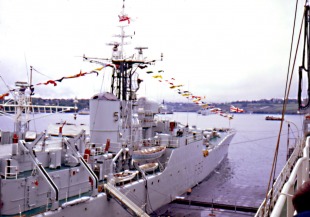 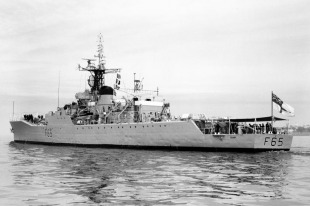 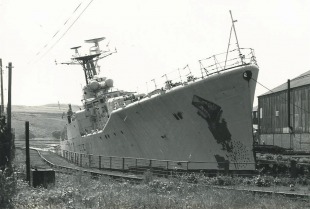 HMS Tenby was a Whitby-class or Type 12 anti-submarine frigate of the Royal Navy of the United Kingdom. By the early 1970s, in the latter part of her career, she was one of three frigates which formed the Dartmouth Training Squadron and was used for the training of Royal Navy Officer Cadets before being promoted to Midshipmen.