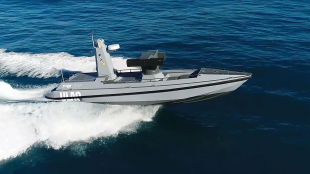 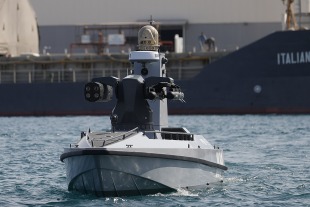 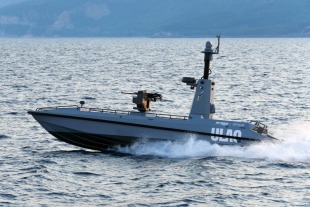 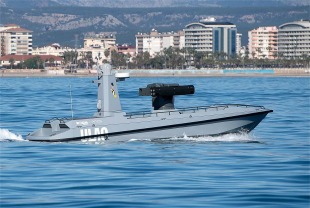 ULAQ is the prototype of the first Turkish armed unmanned surface vessel (AUSV), which was developed for the Turkish Navy by Ares Shipyard and Meteksan Defense Systems. The design studies completed by August 2020, and the prototype was launched on 12 February 2021 in Antalya. On 25 May 2021, the vessel successfully completed its first firing test. The Roketsan Cirit missile fired from the vessel destroyed the target with pinpoint accuracy.

The UCSV can be operated from mobile ground control stations, military headquarters, and command centers or naval platforms such as aircraft carriers and frigates to carry out different missions such as Reconnaissance, Surveillance & Intelligence, Anti-Surface Warfare (ASuW), Asymmetric Warfare, Armed Escort & Force Protection, and Strategic Facility Security. The AUSV will be able to carry out joint operations with complementary forces such as UAV's, AUAV's and TUAV's. Furthermore, the AUSV is not only a remotely controlled vehicle but also, and more importantly, an autonomous vehicle that hosts artificial intelligence. It is planned that the vessel will operate jointly with other AUSVs, armed UAVs and aircraft, and instantly transmit images and other data she obtains to provide major benefits to the operational capability of the Turkish Armed Forces.

The ULAQ AUSV will come in 6 different variants each with its own type of mission and armament.

Made of advanced composite material, the boat is 11 m (36 ft) long and has a payload capacity of 2,000 kg (4,400 lb). She has a range of 216 nmi (400 km; 249 mi) and a cruise speed of 35 kn (65 km/h; 40 mph). She is operable at rough sea (sea state 5: 2.5–4 m (8.2–13.1 ft) wave height). She has indigenous encrypted communications and day/night vision capabilities. She is resistant to electronic warfare and is equipped with an Anti GPS jammer device. The prototype AUSV's missile systems include CİRİT 4 cells and 2 of L-UMTAS, supplied by Turkish missile systems provider Roketsan.