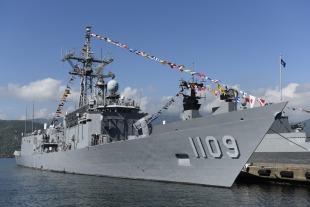 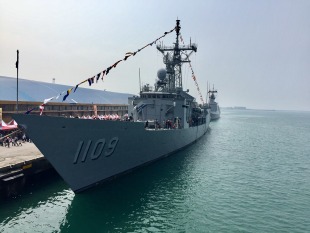 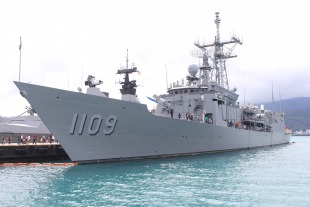 ROCS Chang Chien (PFG2-1109) is the seventh of eight Taiwanese-built Cheng Kung-class frigates based on the United States Oliver Hazard Perry class. Laid down in June 1996 and launched in April 1997, Chang Chien was commissioned in November, 1998. All of these Taiwanese frigates have the length of the later Oliver Hazard Perry-class vessels, but have a different weapon and electronics fit. She was the frigate long-hull variant (Flight II). Like her sister ships, Chang Chien was built under license by China SB Corp. at Kaohsiung City, Taiwan, ROC. As of 2005, Chang Chien is homeported at Tso-Ying naval base.