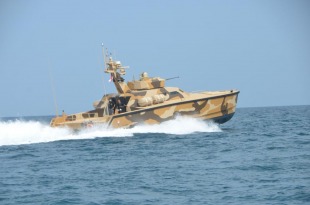 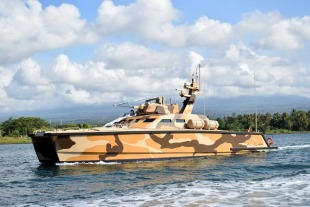 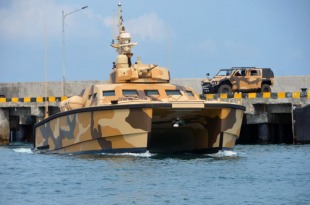 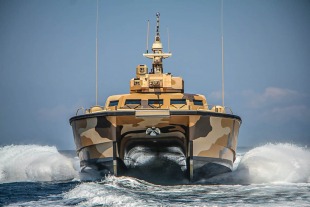 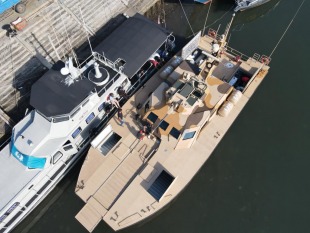 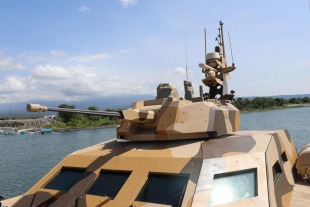 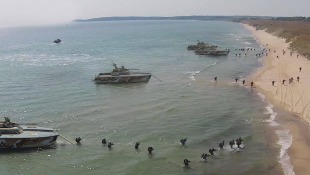 Antasena-class combat boat is a combat boat built by North Sea Boats and designed by LOMOcean Design for the Indonesian armed forces. The manufacturer designated it as Combat Boat X-18 / CB X-18. Initially, this class of ships was developed from a tank boat program from a consortium consisting of PT Lundin (North Sea Boats), PT Pindad, PT LEN, and PT Hariff Daya Tunggal Engineering, with John Cockerill as the turret supplier.

Lundin first announced the tank boat concept in 2014. This concept was launched after the company succeeded in building a stealth warship called KRI Klewang. This tank boat made in Banyuwangi is claimed to be one of the first tank boat in the world.

The first prototype had begun sea trials on April 28, 2021. Then on May 22, 2021, the X18 Antasena tank boat ordered by the Ministry of Defense underwent a sea trial from the dock in Banyuwangi to the waters of Paiton, Probolinggo. After arriving at the Indonesian Navy's firing range in Paiton, the tank boat underwent a firing test using its main weapon, the 30 mm cannon. The X18 tank boat then returned to Banyuwangi. The total distance covered by the X18 Antasena in this trial was 170 nautical miles (310 km). This trial was also witnessed by the Director General of Pothan of the Ministry of Defense, Maj. Gen. Dadang Hendra Yudha, Dirtekindhan of the Directorate General of Pothan, Laksma TNI Sri Yanto, and company directors who are members of the X18 boat development project consortium. It is not certain when this boat will be handed over to the Indonesian Army. However, the handover is likely to take place in September 2021.

Apart from Indonesia, X18 has garnered some interest from India, Greece, the Philippines and the United Arab Emirates.

The Antasena-class combat boat is offered in 3 variants: