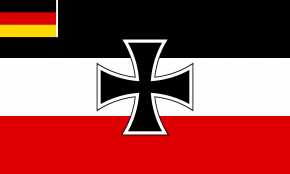 The Reichsmarine was the name of the German Navy during the Weimar Republic and first two years of Nazi Germany. It was the naval branch of the Reichswehr, existing from 1919 to 1935. In 1935, it became known as the Kriegsmarine, a branch of the Wehrmacht; a change implemented by Adolf Hitler. Many of the administrative and organizational tenets of the Reichsmarine were then carried over into the organization of the Kriegsmarine.