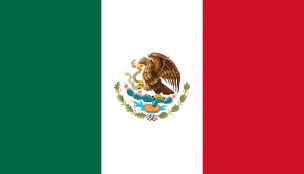 The Mexican Navy is one of the two independent armed forces of Mexico. The actual naval forces are called the Armada de México. The Secretaría de Marina (SEMAR) (English: Naval Secretariat) includes both the Armada itself and the attached ministerial and civil service. The commander of the Navy is the Secretary of the Navy, who is both a cabinet minister and a career naval officer.

The Mexican Navy's stated mission is «to use the naval force of the federation for external defense, and to help with internal order». The Navy consists of about 67,613 men and women plus reserves, over 189 ships, and about 130 aircraft. The Navy attempts to maintain a constant modernization program in order to upgrade its response capability.

Given Mexico's large area of water (3,149,920 km2 (1,216,190 sq mi)) and extensive coastline (11,122 km (6,911 mi)), the Navy's duties are of great importance. Perhaps its most important on-going missions are the war on drugs and protecting PEMEX's oil wells in Campeche in the Gulf of Mexico. Another important task of the Mexican Navy is to help people in hurricane relief operations and other natural disasters.

The Mexican Maritime Search and Rescue is the Mexican Navy's SAR (search and rescue) unit, it is responsible for improving the quality and effectiveness of the Navy's response to Mexico's maritime emergencies. The Mexican Navy historically has been responsible for the search and rescue operations using its available resources. However, aware of the importance of safeguarding human life at sea and the growing demand of sea rescue, the High Command of the Navy established a separate, specialist arm for the task.