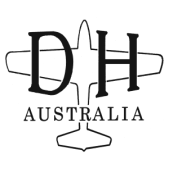 de Havilland Aircraft Pty Ltd (DHA) was part of de Havilland, then became a separate company. It acquired the Commonwealth Aircraft Corporation in 1985 and was purchased by Boeing in 2000 and merged with the Boeing owned AeroSpace Technologies of Australia (formerly the Government Aircraft Factories) to become Hawker de Havilland Aerospace Pty Ltd. In 2009, the name was changed to Boeing Aerostructures Australia (BAA) and is a subsidiary of Boeing Australia Ltd.