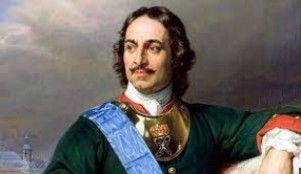 Okhta shipyards (Okhta Admiralty, Petrozavod, plant number 370, enterprise PO Box 711) — now defunct shipbuilding enterprise, founded by Peter I in 1721 and was one of the first centers of shipbuilding on the Neva. The plant was located on the Okhtinsky cape, formed by the confluence of the Neva and Okhta rivers in the Krasnogvardeisky district of St. Petersburg. Yard created destroyers, submarines, and produced in large series sea tugs. Since 1976, the plant has been producing technological equipment for shipbuilding, and in 2001 it stopped working, later the factory buildings were demolished, in their place it was planned to build the Okhta Center business quarter, but it did not take place due to the historical significance of the territory.