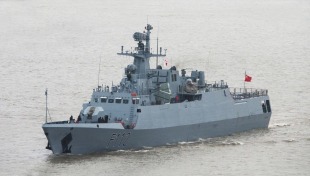 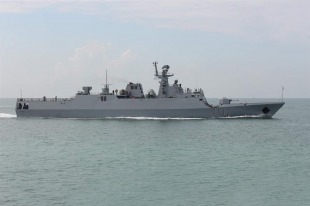 Due to inclement weather in the Bay of Bengal, six fishing trawlers of Bangladesh with 90 fishermen entered into Indian waters with their boats damaged. On 21 August 2016, BNS Prottoy and her sister ship BNS Shadhinota were sent to rescue them.

BNS Prottoy took part in international fleet review arranged to celebrate 70th anniversary of People's Liberation Army Navy from 22 to 25 April 2019. She left Bangladesh for China on 29 March 2019. On the way to China, she visited the Lumut Port of Malaysia from 2 to 5 April 2019 and Saigon Port of Vietnam from 8 to 11 April 2019.