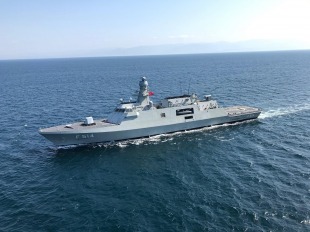 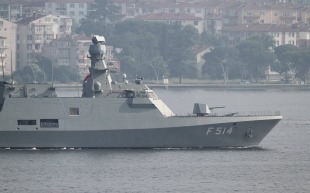 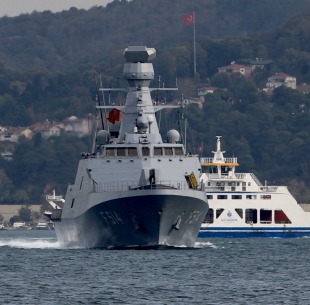 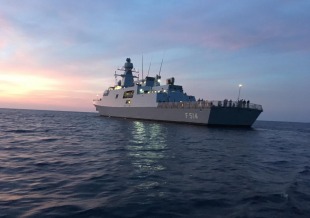 TCG Kınalıada (F 514) is the fourth ship of the Ada-class ASW corvettes of the Turkish Navy. Designed, developed and built by the Tuzla (Istanbul) Naval Shipyard as a part of the MILGEM project, it was laid down on October 8, 2015 and launched on July 3, 2017.

Istanbul Naval Shipyard Command started construction of Kınalıada on October 8, 2015. The first-welding ceremony took place on June 18, 2016. She was launched on July 3, 2017. It was commissioned on September 29, 2019 after completed sea trials.