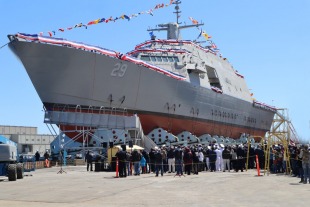 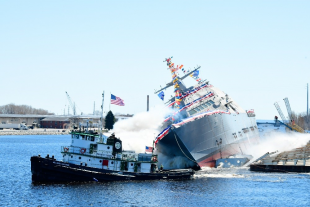 USS Beloit (LCS-29) is a Freedom-class littoral combat ship of the United States Navy. She will be the first commissioned ship in naval service named after Beloit, Wisconsin. This honors the contributions Beloit has made to the US Navy, especially the engines built in its Fairbanks Morse plant, including USS Beloit's own powerplant.