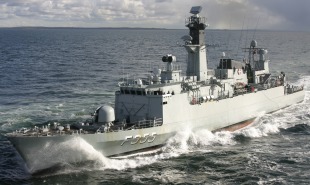 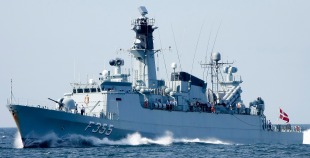 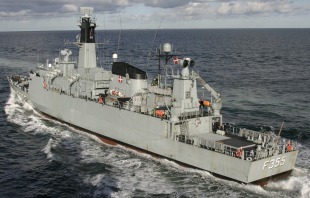 HDMS Olfert Fischer (F355) was a Niels Juel-class corvette of the Kongelige Danske Marine (Royal Danish Navy, KDM). The vessel was laid down in December 1978 and commissioned in October 1981. The corvette operated in the Persian Gulf on two occasions, first in 1990 and 1991 as part of the multinational fleet enforcing the United Nations sanctions against Iraq, then again in 2003 in support of the United States-led invasion of Iraq. Olfert Fischer was deployed as part of the NATO Standing Naval Force Atlantic (and its successor, the Standing NATO Response Force Maritime Group 1) on at least four occasions during her career.

Olfert Fischer and her two sister ships were decommissioned in August 2009 and scrapped in 2013. They were replaced by vessels of the Iver Huitfeldt class.