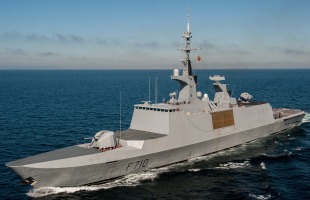 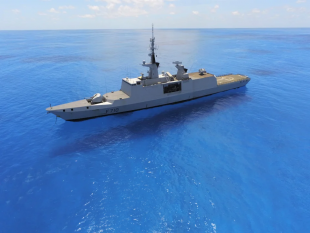 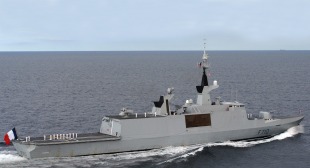 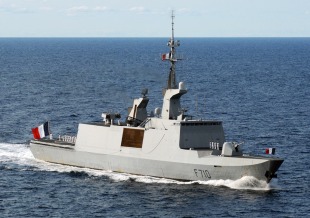 La Fayette is a general purpose stealth frigate of the French Navy (Marine Nationale). La Fayette began a major life extension upgrade in October 2021 which is to be completed over a nine month period. The upgrade is designed to permit the frigate to operate through the 2020s and into the 2030s and incorporates the addition of hull-mounted sonar, improved point air defence systems, the CANTO anti-torpedo countermeasures system, as well as the latest variant of the Exocet anti-ship missile. The frigate returned to sea for testing of her new systems in May 2022. She is to return to service later in the year remaining active until 2031.