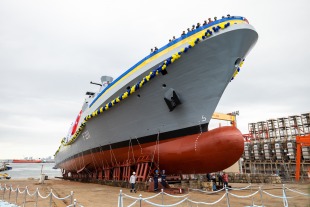 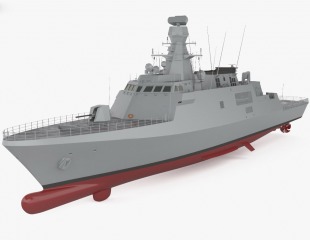 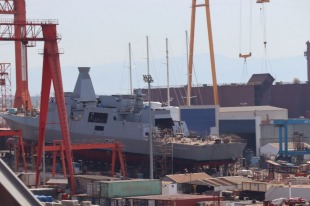 Hetman Ivan Mazepa (F 211) is an Ada-class anti-submarine corvette of the Ukrainian Navy currently under construction. Hetman Ivan Mazepa was named after Ivan Mazepa, a prominent Ukrainian Cossack leader. The ship was officially laid down on September 7, 2021, and launched on October 2, 2022.

Following the Annexation of Crimea by the Russian Federation, Ukraine lost much of its surface fleet, including the corvettes Lutsk and Ternopil. The loss of such ships constituted a significant reduction of the combat capabilities of the Ukrainian Navy, and prompted a renewal of efforts in reviving the navy. As part of these efforts, a memorandum was signed with Turkey which included both the purchase of armed drones and the construction of corvettes for the Ukrainian Navy. Within the framework of these agreements, it was envisioned that the corvettes would be jointly built by Turkey and Ukraine, with the works on the Ukrainian side planned to have been realized at the Okean shipyard. Although the corvette was officially laid down on 7 September 2021, actual assembly works began much earlier as the first steel segments were assembled as early as 27 July.

Despite the 2022 Russian invasion of Ukraine, construction work on the corvette continued. By a decree of President Volodymyr Zelenskyy, the corvette was given the namesake of Hetman Ivan Mazepa. The ship was launched by First Lady of Ukraine, Olena Zelenska on 2 October, 2022.