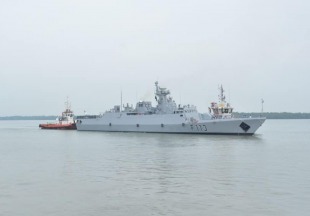 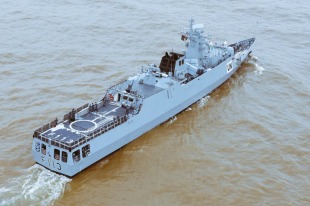 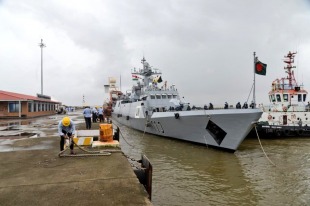 The Bangladesh Navy signed a contract with the China State Shipbuilding Corporation for second batch of two C-13B version of Type 056 corvettes on 21 July 2015. The ships were laid down at Wuchang Shipyard on 9 August 2016. BNS Shongram was launched on 12 February 2018 and handed over the ship to the Bangladesh Navy on 28 March 2019. She began her delivery voyage from the port of Shanghai, China to Bangladesh on 12 April 2019, with stops at the Yantian port in China and the Port Klang in Malaysia, reaching Chattogram on 27 April 2019. Shongram was commissioned into the Bangladesh Navy on 18 June 2020.

On 9 August 2020, she departed BNS Issa Khan for Lebanon to join UN peacekeeping operations UNIFIL. She will take over from BNS Bijoy which was damaged in the Beirut explosions.